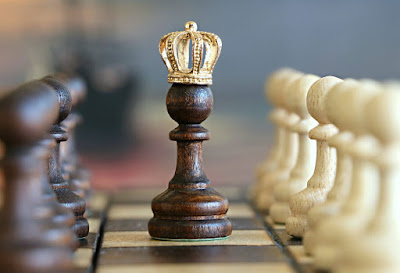 End game is not something you think about far down the line. It should be critically planned out when you are just beginning to do something.

End game is sometimes referred to as an exit strategy. It is the finishing move which enables you to cash out your interest in a project. It can also be the final move you will use to create an unblockable win; similar to checkmate in chess.

In real estate for instance, the end game may be how much money you will earn when the property is sold to someone else. Savvy investors know the money is made when you buy the house, not when you sell it.

This real estate end game works this way because if one buys the real estate at too high of a cost, it leaves much less room for profit later on. With repairs, upgrades and other expenses, an investor must be wis upon purchase of the real estate.

End game works the same in all other type of pursuits too. The habit is the same. One needs to research enough ahead of time before committing to a project. Most importantly, the person needs to know what there role is in the idea and how they plan to finish their time with the project. This is the great leverage since they are able to work backwards to create the right production activities once they begin engaging in the project.

People who are playing sports have an end game. They must have studied their opponents for some time and took notes on their strengths and weaknesses. They have determined that if they do a certain behavior, it highly increases the chances of them wining against their opponent. They also know that there may be at least one action they could take that would be a finishing move to secure the win.

Even in people’s work, there is an end game. The individual should know in advance what they hope to attain when their time is ripe to leave the work. Perhaps it is the experience which is both necessary for their resume and for the higher scale work they hope to get into next.

I encourage everyone to plan out their end game so they know how exactly they want to lock in a personal win later on down the road. This is the wise person’s strategy and anyone can use this for their benefit.